The Craziest iPhone Patents Apple Has Filed So Far

The Craziest iPhone Patents Apple Has Filed So Far 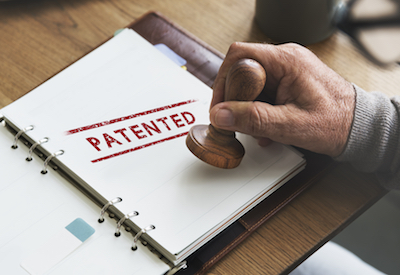 In the mobile phone industry, patent law is a serious business. Giants such as Apple, Samsung and Google invest millions in developing new components, features, gizmos and software that they believe will give them the edge over their competitors – and spend nearly as much protecting their inventions through copyright.

It is not uncommon to see this spill over into open warfare between rival companies – such as the long-running feud between Apple and Samsung, which has just seen the Korean manufacturer ordered to pay more than half a billion dollarsfor supposedly copying Apple’s flat screen dimensions and icon layouts, among other things.

But many of the patents these companies file are for features that never see the light of day, either because they turn out not to be commercially viable, or simply because they are so downright bizarre. Apple has a reputation for patenting quirky and odd technologies across its whole product portfolio, so we decided to dip into the strangest inventions it has ever patented for the iPhone. Here goes…

We can probably thank George Lucas and the Star Wars franchise for inspiring an entire generation of inventors and tech-heads to dedicate their lives to making holograms a reality. Back in 2012, Apple patented a solution for giving iPhones 3D screens. Apart from the fact that the proposal outlines how to use motion sensors to adjust depth perception according to however the device is moved, probably the most remarkable thing about it is the concept of “hovering gestures” – or using the 3D interface without ever physically touching the screen.

Apple has its heart set on maximising the amount of screen you get per iPhone. Amongst several patents on these theme, by far the most out-there proposal is for a wraparound screen that covers both the front and back of the handset. The idea is to build the main components of the iPhone into a hollow central core, and then cover it with a liquid metal screen covering all the way round. Motion sensors would apparently mean the phone could detect which way around it was facing, and know whether to display images on the front or back of the device.

Not satisfied with the wireless charging introduced with the iPhone X, Apple has patented a system which would let you charge your device charge via a WiFi connection. How is that possible? Well, it is actually based on a fundamental principle of physics. All electromagnetic waves we use in communication, whether it is mobile phone signals, WiFi, radio etc, are forms of energy. The WiFi signals we use to communicate data packets wirelessly are, in fact, energy waves, so Apple is proposing to use those same waves to power a phone battery. A clever bit of lateral thinking, but whether it is practically achievable or not remains to be seen.

Every smartphone owner dreads dropping their phone – most of us know from experience that it doesn’t take much to shatter a touchscreen, and they are not cheap to replace. To get around the need for chunky protective cases, Apple has come up with a novel idea – a patent for little polymer tabs embedded in the body of an iPhone. When the device is dropped, motion sensors trigger these tabs to emerge, preventing direct contact between the screen or body and the floor, and absorbing most of the shock.

Size is something that matters very much to smartphone manufacturers, and they are always looking to strike a compromise between screen size and keeping a device small enough to fit comfortably in a pocket, or be used one handedly. One radical idea to solve this conflict would be to invent full-screen devices that you could simply fold up and fit wherever you wanted. Apple is certainly working on concepts leading in this direction, having filed patents for flexible support structures that would allow an iPhone to bend.