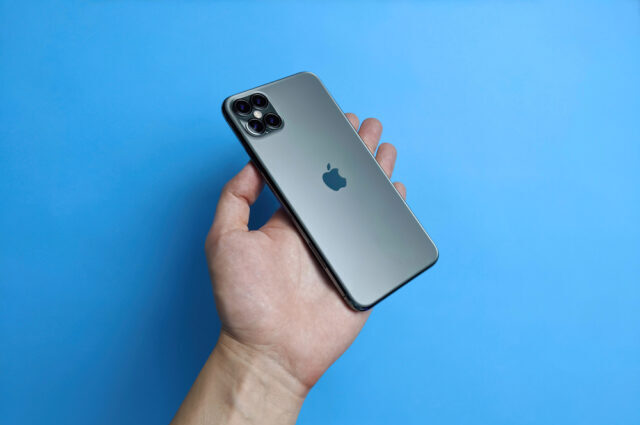 The iPhone 12 was expected to launch in September 2020, but Apple has confirmed it will be delayed. In this article we look at the latest news about the new iPhone’s release date, design, features, price and specs.

With a matter of weeks to go we’ve got a pretty good idea of what to expect. The design is expected to have squared-off corners, new screen sizes, and a reconfigured camera array. Prices seem likely to go up again this year, and we have heard rumours of a new tougher Gorilla Glass that could be used for the displays.

When will the new iPhone be released?

The next batch of iPhones will be announced in autumn 2020, but it may not be in the traditional September slot.

Apple rarely comments publicly on its product release plans, but after its earnings report at the end of July their CFO Luca Maestri confirmed that the iPhone 12 will come out “a few weeks later than usual”.

Reports have suggested for a while that the iPhone 12 faces delays of at least a month.

We’ve started to get an idea of what the iPhone 12 will look like, as numerous leaks and rumours point towards a single point of consensus.

It’s been expected for a while that we would see a shrinking or total elimination of the notch. The notch contains sensors such as the one for Face ID.

Based on leaks, it looks like the notch will remain, but be smaller.

It appears more likely that the fourth sensor will be LiDAR, like on the new iPad Pro, than a fourth camera lens.

There is also talk of a big-zoom periscope lens, but that’s not expected to appear until 2022.

The death of Lightning

Will 2020 be the year Apple finally gives in and replaces its proprietary Lightning port with USB-C, as it did on its iPad Pro models in 2018.

Apple’s hand may be forced. The EU has been flexing its muscles for some time, and in January proposed a measure to force all mobile manufacturers to standardise around USB-C. However, Apple has ignored such measures in the past and may do so again for this release.

The iPhone 12 will follow the 11 in the main, but Apple will tweak the offering depending on which colours were most popular.

As for iPhone 12 Pro, we’ve heard rumour of a new colour, Navy Blue, this will replace Midnight Green

A new iPhone needs a new flagship feature – something an announcement event can be built around. In 2019 it was all about the cameras. In 2020 it will surely be 5G.

Android manufacturers have been offering 5G for some time – since before the iPhone 11 launched. Apparently the problem is getting someone to supply the modems. Apple used to partner with Qualcomm but the two firms had a major falling out over patents, later an arrangement was set up with Intel, but they have since quit the 5G arena, selling most of their smartphone modem business to Apple.

This means Apple could make its own modem, but that probably won’t be feasible until 2021. It’s believed that deals with other suppliers (including Qualcomm) are on track for a 5G launch in 2020.

Current iPhones already feature 3D cameras used for Face ID, which makes it harder to market this as a breakthrough or flagship feature.

Sources predict that the iPhone 12 will feature ToF (time-of-flight) 3D cameras on the rear. This will enable improved augmented reality, a tech category that is rapidly turning into an obsession for Apple, as well as photo/video effects that aren’t currently possible.

To offer Touch ID on the iPhone 12, Apple would need to embed the sensor somewhere other than in the Home button. It could go under the glass of the screen: a patent has been granted to Apple that would allow the company to place a fingerprint sensor under an OLED screen.

Alternatively it could be embedded in the power or side buttons, a method used in Samsung’s Galaxy S10e.

Macotakara says there is a possibility that the device will support IEEE 802.11ay, a new and extremely short-range wireless standard.

This proposed update has been on the table for some time, having seen its earliest draft version in January 2017. The 802.11ay standard offers four times the bandwidth of 802.11ad and is based on the 60GHz band.

Screenshots from various databases suggest the new models will have smaller batteries, but with the advancements in technology the internals are expected to require less power to run them, resulting in extended batter lives.

How much will the iPhone 12 cost?

Here’s what predictions are saying regarding price of the new iPhone 12:

Apple has been increasing its prices for a while now, particularly in the UK, it would be pleasing if reports are right and there is no price rise for the iPhone 12 Pro, despite its larger screen and 5G.