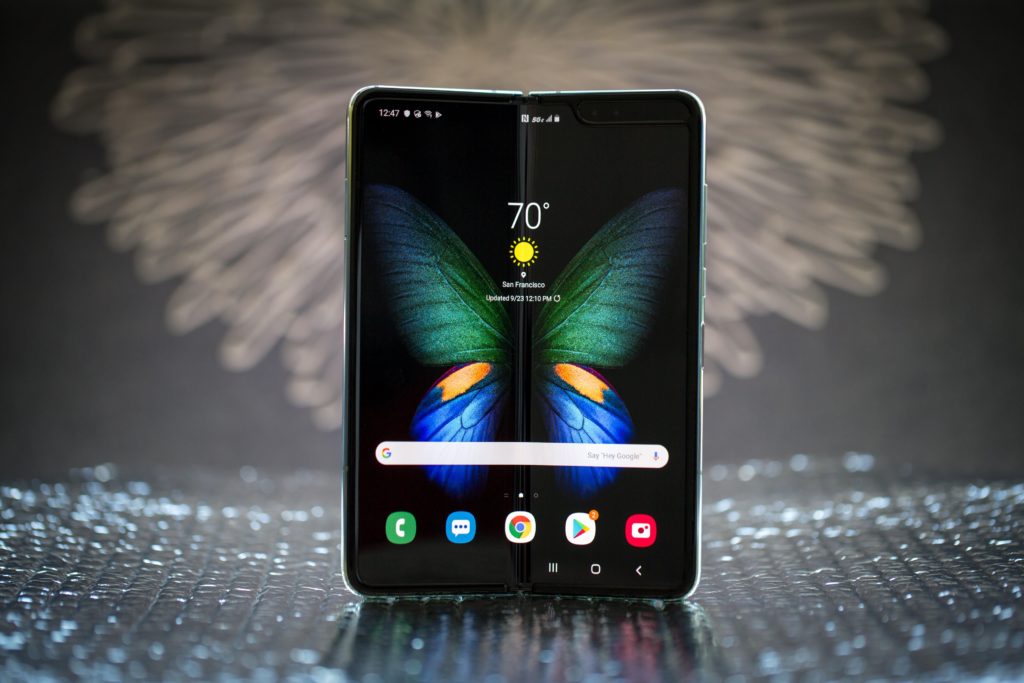 Here’s what we know about the two devices so far.

The Samsung Galaxy Fold consists of a small outer screen that measures 4.6 inches, and a larger internal screen that can unfold to 7.3 inches.

The Surface Duo has a similar design, although its internal display is divided into two separate 9-inch screens rather than being a continuous panel with a crease in the middle, giving an overall span of 13.1 inches. Based on the demonstration by Microsoft there appears to be the option of using the screens for different purposes such as using one as a keyboard.

The Microsoft Surface Duo will run the Snapdragon 855 chipset, the same as the Samsung (according to Wired). We expect this chip to upgraded to the successive Snapdragon 865 chip by the time of release, which is almost 12 months after the launch of the new chip.

The Samsung runs Android 9, which we expect will be upgraded to Android 10 in due course. This new operating system has had specific changes to suit foldable devices, such as multiple windows, aspect ratios, and software apps transitioning smoothly between open and closed versions.

The Microsoft phone will also adopt the Android 10 operating. This will give it access to all the apps from Google Play Store and all those software tweaks.

The Samsung boasts six cameras, fairly similar to the ones found on the S10 Plus. On the rear there is a 16-megapixel ultrawide lens, a 12-megapixel telephoto sensor, and a 12-megapixel wide angle camera. On the inside there’s a 10-megapixel and 8-megapixel dual set-up, whilst the front has a single 10-megapixel camera.

Not a lot has been released about the Microsoft Surface Duo cameras, except that you will have to open it fully to get access to the camera as there’s no camera on the external body. Rumour has it this design may change before release.

At this stage it’s very difficult to make a judgement on which phone will be better, the two share many similarities in terms of software, and without using both it’s hard to say if one screen or two smaller screens performs better.  Either way they’re both exciting new devices that begs the question, will Apple follow suit?